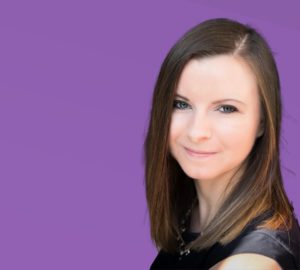 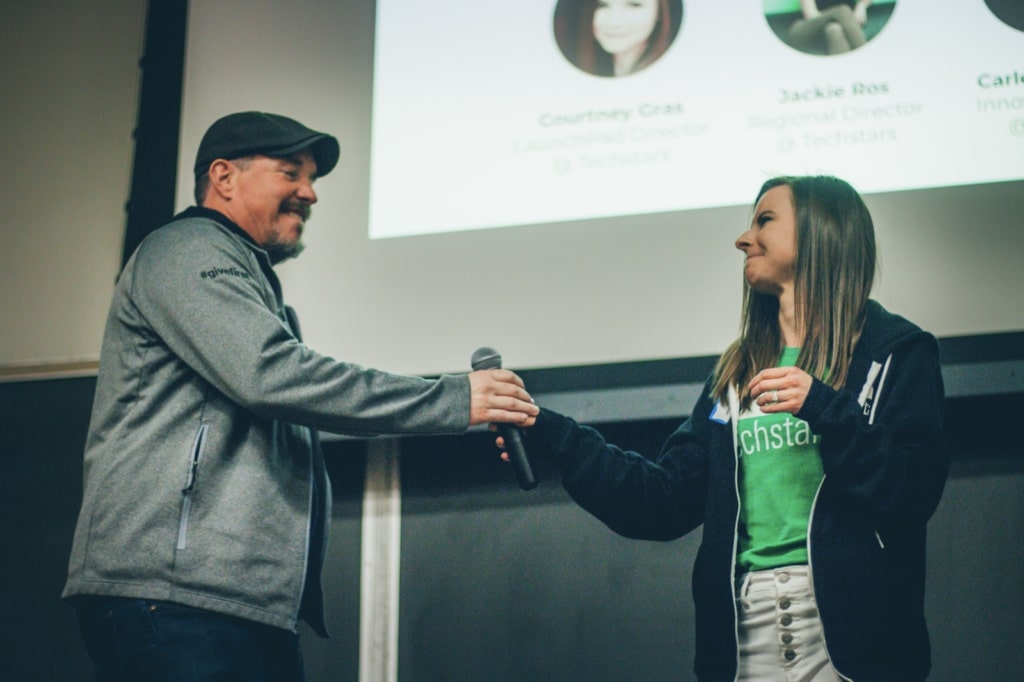 Courtney Gerowitz is an engineer by training and entrepreneur by nature helping student founders succeed with Techstars #Givefirst!

I was in college studying electrical engineering with the intent of one day working for NASA, so entrepreneurship was not even on my radar as something I wanted to do, or even consider. I found my pathway to entrepreneurship by getting involved in a research project on campus. Myself and a few other engineering students were working with a local electric vehicle company helping develop technology for their battery pack.

That company approached us and said, “you know, what you’re designing for us is a lot like a product.” Our faculty advisor agreed and mentioned a student pitch competition coming up in a few weeks – he asked if we would be interested in going for it and starting a company. I was working with other students at the time, all electrical engineers, and we thought that we knew nothing about the business world – how could we start a company? We entered the competition on a whim, we didn’t win, but that was what sparked our interest in starting a company. We started to get some traction after that competition and a lot of people offered to help us. So we decided to start pursuing it seriously.

I went to school at the University of Akron in Northeast Ohio – we aren’t necessarily Silicon Valley or Boulder, Colorado. The entrepreneurship resources that exist in other areas don’t exist here at the same scale. One of the things we struggled with the most was finding other student founders on campus and mentors that were willing to help us at this early stage. We knew of no other students starting a company at the university. The only path I saw was to start taking business classes which, to be honest, wasn’t particularly helpful when you’re starting a company. We were on the wrong path to start with because we didn’t know where to get help.

There was one non-profit in Cleveland that supported founders and we found a mentor from that organization. One thing I learned is that some of these organizations compensate mentors to help startups, so their motivation could be more monetary vs genuinely wanting to give back. We started to get a bad taste in our mouth from this experience, but since this was the only mentor organization we could find, we asked for their support anyways.

Our original product was a battery management system, which is a product that helps prevent batteries from catching on fire like you see in Teslas and other battery packs. There were a lot of competitors in this space, so we pivoted to something new. It was a way to drive an electric motor and do AC/DC conversion without a transformer – we called it a “software-defined power management system”. This product enabled incredible savings in cost as well as efficiency improvements. Our company was a hardware startup, so we had to raise a significant amount of money to fund our development. I was graduating college, and we had not raised enough capital for our team to graduate and focus on the company full time. We were doing pitch competitions and receiving grant funding, but if you go out and raise half a million dollars in non-dilutive funding, unfortunately, it’s not going to get you very far with a hardware startup. We had to file multiple patents for the technology, which consumed a significant portion of our funding with legal fees. When my co-founders and I graduated, we were doing this part time, which is something I wish could have been different. Another struggle that we had was that investors in our region were very tight with their pocket books. The amount of progress you have to show to get, say, $250,000 in northeast Ohio is incredible compared to what you might see in places like California.

This went on for eight years and slowly, we gained traction. Around year 4 we realized we had a lot of issues with getting funding, so our mentor offered to come on full time as our CEO. He said, “you don’t even have to pay me. I just want to help and I have a lot of connections to venture capitalists.” At the time we didn’t believe we were experienced enough to do that on our own. Today, I realize how wrong it was to give up control to somebody that didn’t know our technology as well as we did. Back then, we thought we needed to rely on somebody with more “experience.” We trusted this mentor to go out and raise the money our company needed. After some time deal after deal fell through, and we started to realize that nothing may ever come of these fundraising efforts. We ended up confronting our new CEO about this and going through legal mediation. One smart thing we did originally was maintain 51% ownership of the company. However, our CEO still got their 49% without doing anything – we hadn’t considered a vetting schedule! Soon after we got into an ownership dispute and our CEO claimed they owned more of the company because they had put money into travel and other activities. It ended up being a giant mess! We still had our product and technology, but our CEO was scaring away our customers, strategic partners, and potential investors. Eight years later we handed the company over to them and backed out. To this day, we have no idea if our CEO did anything with the technology.

How failure led to where I am today:

The key takeaways that I learned, especially now working for Techstars, is that number one, trusting yourself and having more confidence (which is tough as a student) is key. Also, we shouldn’t have looked for leadership externally so early. We should’ve done more to seek mentors that were willing to help us without expecting anything in return either here, or outside of Ohio, or connect in some virtual way. We also didn’t ask questions soon enough or connect with someone soon enough that could help. But the good part about this is that I became incredibly passionate about helping student founders, and got connected to Techstars, which embodied the organizational culture I valued so much – it was so opposite from the culture in Ohio with it’s hierarchies-over-network mentality. When I connected with Techstars where mentors want to help without expecting anything in return, I realized this is exactly what I wish my startup would’ve had all along. I believe this experience led me to a career path that is extremely rewarding, and it wouldn’t be so rewarding had I not gone through that negative experience of losing my own company, and learning from those mistakes.

I think it’s important to fail, because you don’t know the truth about something until you try it. You can hypothesize if something may be a good choice or path for you but you can’t predict the future. The only option you have is to try – so failure is an answer to a question, it’s a pointer towards truth and the direction you should head in. For me, the failure in my career was such a positive thing, I feel that passion comes from your work from experiencing some kind of struggle or trauma in your life. That experience gave me passion for my work, and I’m not sure I would have been passionate about anything without it. You’ll accomplish a lot more as a professional if you fail. Throughout my career I’ve always stumbled into things and then after moved in a direction that was much better for myself.