Home » Failure Stories » How Failure Built Up My Confidence to Succeed

How Failure Built Up My Confidence to Succeed 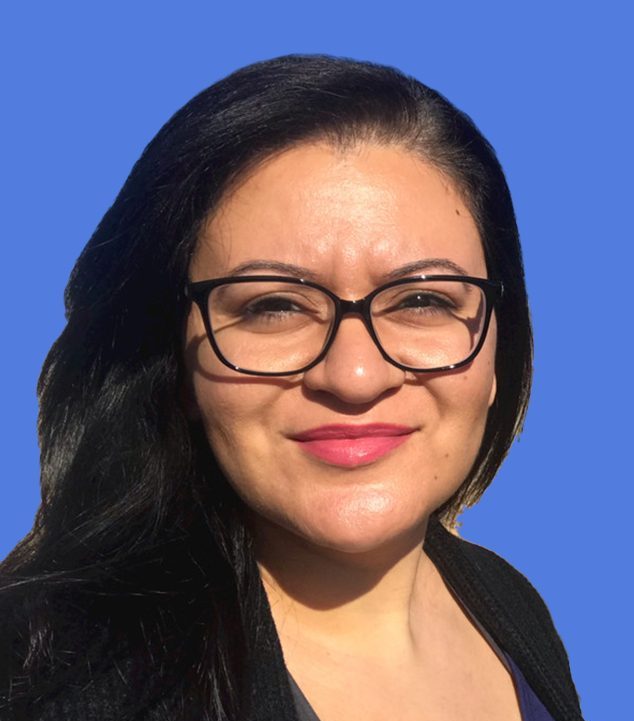 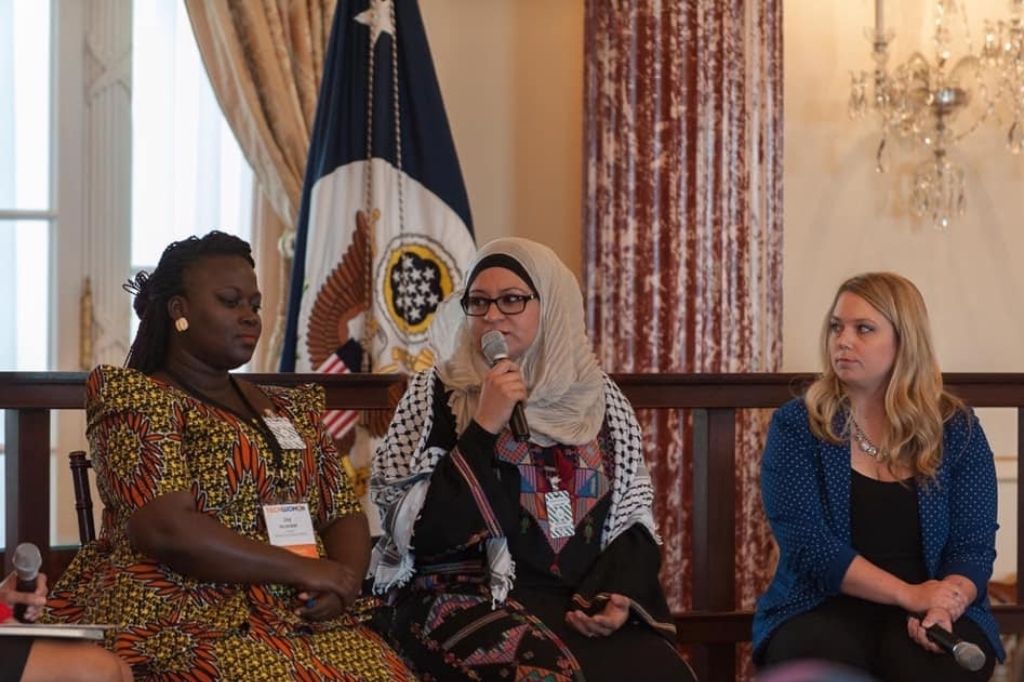 Mai Temraz is an Entrepreneur-in-Residence at UC Riverside, a Fulbright scholar with an MBA. The co-founder of Gaza Geekettes and the former head of Gaza Sky Geeks’ women’s programming. She is a TechWoman fellow, a former startup founder, and the first Palestinian female licensed amateur radio operator.

Mai was awarded the 2015 Change Agent ABIE Award from Grace Hopper Celebration of Women in Computing (GHC), and the best entry level STEM Executive at the Women in STEM conference in Dubai. She is passionate about women empowerment and entrepreneurship in emerging markets.

I graduated in 2008 as an Electrical Engineer. After that, one of the main struggles was to be able to find a job in engineering. There weren’t that many openings for me as a female engineer in Palestine.

As I struggled to find work, I decided to start my first business venture to introduce kids to STEM because back home kids were learning about technology or computers theoretically without even touching a computer. We rented a place and got a bunch of electronics and computers for kids to learn. I was so passionate about it that I wasn’t able to say no to anyone that couldn’t pay for the courses. Where I’m from, there’s a huge economic struggle and it was just before a war. The times weren’t perfect and parents couldn’t pay. But I saw how excited the kids were and how happy it made the parents to see their kids happy, so I let them in without paying.

It got to a point where I was teaching a course of 12 students and only 1-2 of the students would be paying. For two years, that took all of my savings. It got to a point that I just couldn’t sustain it anymore. It ended with a long war and a lot of businesses couldn’t reopen. This was the first time I learned that I did not know much about business. I am so passionate and I cannot say no to people. I wouldn’t be able to negotiate with people.

Luckily, I got into my first open-minded opportunity. This changed everything for me. I participated in an exchange program in the Silicon Valley called TechWomen where they bring women from Africa, Central, and South Asia, and the Middle East to participate in a mentoring program for 5 weeks. The first struggle was that this opportunity was super competitive and it immediately came after a war. Realistically, after a war, there are increasingly strict restrictions on travel to and from the Gaza Strip, but I didn’t give up and I was able to finally successfully get through.

I made it in during orientation week, and I was supposed to start with my mentor. But shortly afterward, she apologized for the program that she wouldn’t be participating in. Luckily, one of the mentors invited me to her company, but it was a totally different company that I knew nothing about. That’s when I realized that this was an amazing opportunity nonetheless.

I eventually got to work on a project called “Mentoring in a Box” where you have all the tools that anyone in a small setting wanting to implement a mentoring program could do so. We also created cultural videos on mentoring in the US and in the Middle East. It turned out to be a great lead in to my next career, where I would work in developing a mentoring program. It was one of those moments that if I had just given up, I would’ve missed a huge opportunity. I realized that sometimes I should just say yes to things and then learn how to do it later. I feel like many women shy away from this because women think a lot about decisions, and by the time they finally agree to it, the opportunity is gone.

After the program finished, I allotted an extra month to explore the US, and during this time I studied to get my HAM radio license. Back in my home country, I am the only female HAM radio operator, and getting the license changed my life, because being in the war, you only have a few hours of electricity in a day. Because I had the radio to communicate with people around the world, my husband and I were well known and people were constantly reaching out to us just to talk. Just two days before my time was up in the US, I passed the test and got my extra license. Getting back, I had a reverse culture shock because I was living life in the Bay Area Silicon Valley and then came back to my home country with no electricity.

Around this time, I started working at Gaza Sky Geeks, a startup accelerator and tech hub. My role was being responsible for mentorship and women’s programs. I was able to start the first female coding club and we also joined technovation, a global initiative run by an education nonprofit that challenges girls aged 10-18 to create an app that solves problems in their communities. I started to build my network as I was managing our mentoring program and bringing mentors from Silicon Valley and around the world to mentor Gazan’s teams.

A lot of failures happened because I was limited or because I couldn’t travel. One of the struggles that was tough to learn is that sometimes things aren’t failing if you didn’t have any part to play in it. For example, in this pandemic, not being able to get an opportunity right now is not failing. You can’t control it, but you can’t help but feel like you’re failing. It’s only failing if you didn’t try it.

That was one of the moments where I wish I knew more about mental health care. It’s not easy to get an amazing opportunity and lose it because you weren’t able to travel. I received the Change Agent ABIE Award, during the Grace Hopper Celebration, the world’s largest gathering of women in computing. I was only dreaming of attending, and now I’m this award winner, and I couldn’t make it. That felt like a failure since it felt so bad to not be there for the opportunity I have only dreamt of. The following year, I was invited again by the organizing team to attend the award ceremony since I couldn’t make it in my awarded year; however, it was not the same experience.

Following that, I applied for the Fulbright scholarship, the process takes over a year to get accepted and requires individuals to take the GRE, GMAT, and TOEFL tests. When applying, I experienced a personal loss. Regardless of all that, I went and took the test. I did not get the scores I wanted and it was disappointing. I was dreaming of getting into the best universities, but since I didn’t get the best scores I was limited in my options. The timing just felt terrible.

Luckily, I got into Cal State San Bernardino. At the time, it felt like a failure. But when I started their program, it turned out to be great.

I learned to focus on the full experience, which is why I tried applying to as many programs as I possibly could. I applied to the Transnational feminism and women’s activism, Ewha Global Empowerment Program EGEPin South Korea. It was eye-opening and I was shocked hearing about the biggest challenges women face internationally today and realized we still have a long way to go.

I shortly afterward got into a new business idea that would make reusable menstrual pads for girls in Kenya. I used my time studying entrepreneurship at CSUSB. It was tough for me to talk about that taboo topic being from where I am publicly. I worked on this venture for 2 years. It didn’t work because I didn’t have any capital and the idea wasn’t scaling. Every time I went into a pitch meeting, it would be with white men, and they never had any questions to ask me or potential resources to help my idea succeed. It was a topic that was tough to pitch and for them to ask. It felt like a huge failure.

I’ve learned that I didn’t know how to ask people to support me. I was having a tough time reaching out to people, even when I had a network of willing people. I learned that I struggle to ask for help. But, this made me feel more confident about talking about sensitive subject matters.

How this led to where I am today:

How I got to where I am as Launchpad Campus Director is that after my scholarship ended, I had to apply to a bunch of positions. The tough part was that I had a lot of international experience, but no experience to show forth in the US. The Launchpad Director position at UCR was my dream job being able to work with entrepreneurs, but the process took 5 months. I had it in the back of my mind that I wanted to wait for them to at least tell me no before pursuing my other options. I was applying for other jobs in the meantime, but I really wanted to wait for this role because a lot of jobs didn’t understand how valuable my international experience was. When I finally got the news that I was chosen for the job as the Launchpad Campus Director, I was delighted that all my years of hard work and resilience paid off in the end.

Also, give yourself time to feel that failure. It’s okay to feel upset. Recharge. Come back. If you don’t process it, it’ll just be there.

The last word of advice is to keep trying. Don’t avoid your problems, but keep trying because the more you do it, the more it helps. Things like public speaking and networking can’t be done in your mind. You have to do it in person. You have to fail, accept, learn, and keep going.