Home » Failure Stories » How Failure Guided Me Towards My Passions

How Failure Guided Me Towards My Passions 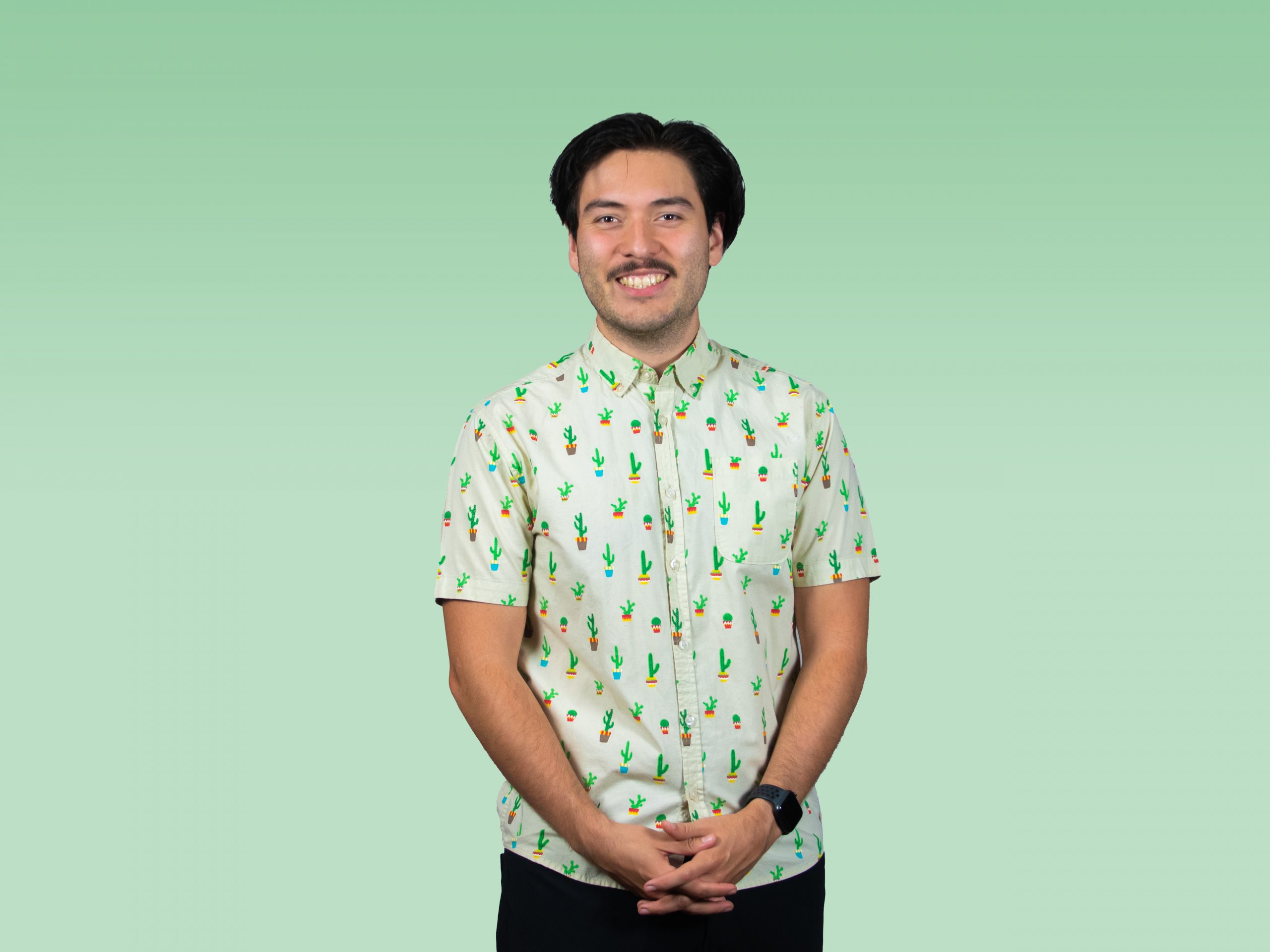 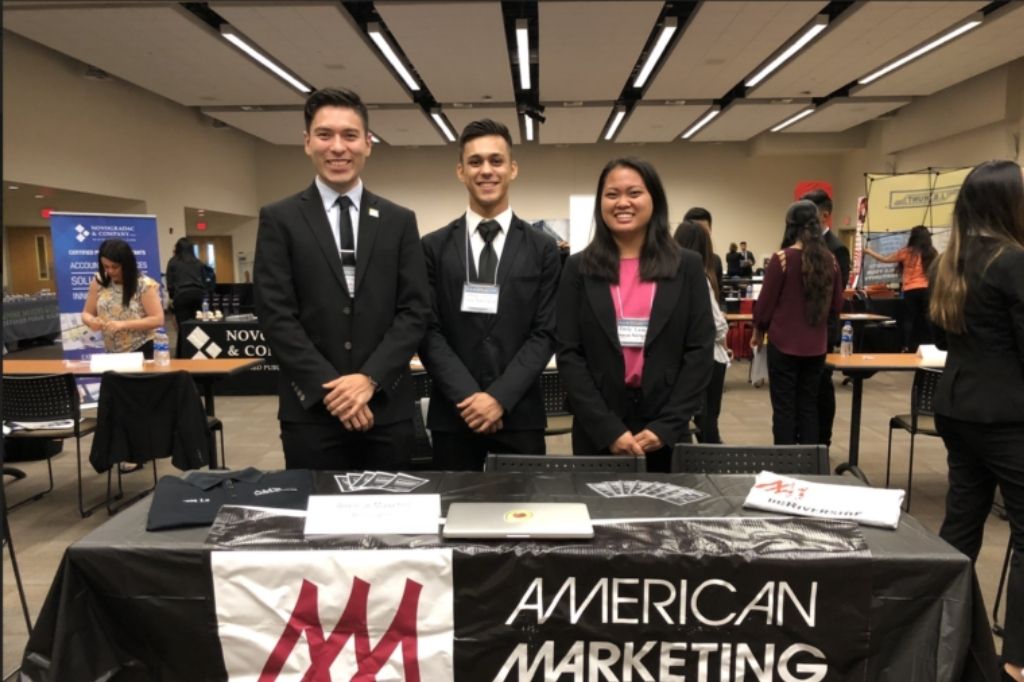 Luis Macedo is a Managing Partner at Free Logic Media. Prior to joining, Luis worked as the Director of Marketing for 226 Collective, a content marketing production company. Luis graduated from The University of California, Riverside with a bachelors in Marketing and Management.

I graduated highschool at the bottom 45% of my class. Needless to say, my options after graduation were pretty limited because of this. Nevertheless, I thought it would be a good idea to try and go to community college and try to make something of myself. After about a day of thinking about what I wanted to study, I landed on Computer Science as my goal. This was a somewhat easy choice as technology was (and still is) something I am passionate about.

Try as I might, my habits from High School followed me into my early days of community college. The only subject I would get passing grades on was math classes. Everything else was either a F or a D. So, it should come as no surprise that after about a year of going to classes, I was placed on academic probation. It just so happened that this probation also coincided with my family running into some financial problems. So, I made the decision to leave school and become a full-time employee as a sales associate at Curacao in San Bernardino. For some reason the only photo I could find proving my employment was this one with Chris Pratt. Enjoy.

At first my decision seemed like something I should have done from the beginning. I wondered why I even bothered with school in the first place. I was good at my sales job. Oftentimes hitting 120% of my sales quota and every time getting at least 100%. As those initial weeks passed I started to settle into what seemed to be the rest of my life. Weeks turned into months and by the time I knew it I had been working at Curacao for over a year. To my surprise, a shift started in my brain. I was starting what would become the largest fit of depression in my life.

The days would start to melt together as the routine was the same week after week. Wake up, shower, work, eat, work more, go home, sleep. Over and over until eventually I was offered something new. I was offered to become a group leader for my department. This was an opportunity I jumped on immediately as it would be something new. I would learn later that I was the youngest team lead within the company at just 20 years old. This was the only point of pride in my life at that point. But, this pride or happiness would not go on for long. The depression came back roaring like a tidal wave. I would continue to work for Curacao for another 4 months. One day while I was on my way to work, I got a call from my supervisor saying that the store manager wanted to talk to me when I got in. As it turned out, he wanted to offer me a department supervisor position at the South Gate store. I was frozen. I told him that I would think about it and get back to him before the week was over. It took me all of 2 days to walk back into his office and put in my 2 week notice. I knew then what I didn’t know before becoming a group leader. This promotion was not going to make me happy – it was just delaying the inevitable deepening of my depression.

Being jobless and without any other prospects, I went back to community college. This time with a different mindset. I took as many classes in as many different concentrations as I could. Everything from music theory, public speaking, creative writing, astrology, and culinary arts. Everyone got me closer to my goal of simply being happy.

After about a year of soul searching, I realized that I needed to figure something out as I was not getting anywhere by taking all of these classes and not concentrating on one field. Eventually, I decided to return to computer science, as my passion for technology was my only real constant. After having a mini meltdown over a javascript project, I was starting to wonder if what I wanted to do for the rest of my life was to stare at code all day. Nevertheless, I persisted and just thought about it like a bump in the road. That was until one fateful day when I met up with an old classmate of mine. We were taking the same intro to economics class. We decided to catch up a bit before class and he told me that he had left the computer science program and shifted over to business. I asked him what that was all about and instead of explaining, he invited me into his intro marketing class. I will never forget that hour for the rest of my life. I sat there captivated by Professor Micheal Assumma. He spent the first part of class telling stories and making the class laugh – then like magic he connected everything from the past 45 minutes to business theory. It all made sense and immediately clicked. I was hooked.

Right after that class I went to my counselor and asked to be taken out of the computer science major and instead start my new life as a marketer.

After making the switch, I knew it was the right thing to do. I was engaged in every class I attended, regardless of whether it was business or not. I attribute this to, for the first time,  knowing exactly what I wanted to do. My GPA started to reflect this. Gone were the days of academic probation. They were instead traded for dean’s lists and honor roles. When I left school for work my GPA was around 1.8. When I eventually graduated from San Bernardino Valley College, I had around a 3.7 GPA. This was 100% a result of finding out my passions and what I wanted to do with my life.

It was not the cleanest way of figuring out what I wanted to do. But I had finally done it. I finally figured out what made me happy.

How this led to where I am today:

I like to think that the universe was watching over my actions and rewarding me for FINALLY choosing to pursue business. Within the first month that I switched over to business, the marketing and public relations department at San Bernardino Valley College was offering internship positions. I applied and to my surprise, I got it! I, along with 3 other interns, was in charge of the campus’ social media channels along with photography and video production.

After working as an intern for a few months I realized that I could help other people with the service that I was learning at Valley College, so I decided to try freelancing. I did everything from photography, videography, social media, advertising, and ppc. Oftentimes I would not get paid, I was just in it for the experience I would gain. Eventually, I did start making some money with a lot of the marketing services I offered.

As it turned out, the intern team I was a part of at Valley College was doing such a great job that we were offered full-time work within the department we had grown.

After graduating from San Bernardino Valley College, I went to University of California, Riverside where I would go on to become the marketing intern for the undergraduate Business Department at UC Riverside, Head Transfer Student Mentor for the undergraduate School of Business at UC Riverside, Lead Student Research Assistant for the Behavioral Economics and Decision Making Lab (BED Lab), and Marketing Director for the UC Riverside chapter of the American Marketing Association.

You can read this and see a multitude of ways I might have failed before getting to where I am now, but I will focus on what hits closer to home. I failed by not believing in myself and choosing what would make me happy.

My advice is two parts.

Do not feel like you have to rush into something. I wish I would have dipped my toes in as many classes as possible first. I truly believe that doing that would lead me to business a lot sooner and it might have led to a more fruitful time at San Bernardino Valley College. If you are on the fence with what you want to do in school, go to community college and figure out what makes you happy.

If you are not prioritizing your happiness, the list of others who will is much shorter that you might think. I believe that you as an individual have to be happy with where you are in life and the situation you are in. Once you can get that, you will be surprised at the amount of opportunities that start popping up in your life.