How Poor Time Management And Academic Probation Led To My Success 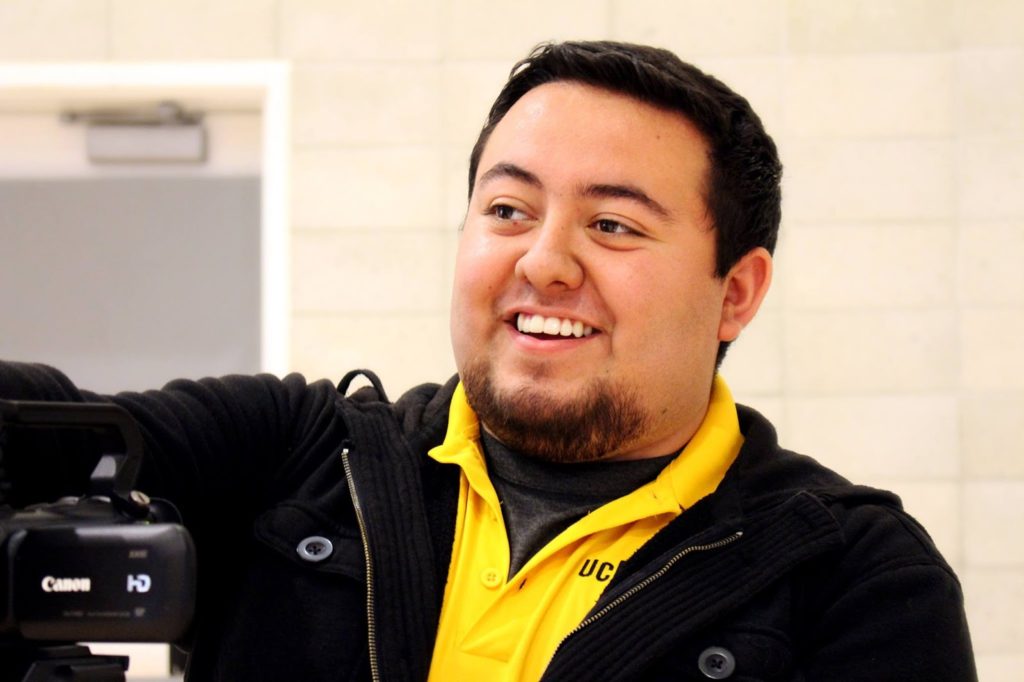 Nick Saldivar is a Creative Director and Cinematographer with a degree in Media and Culture Studies from the University of California, Riverside. He is also the Lead of Content Creation at Free Logic Media LLC.

Like many artists in college, I took on a plethora of roles and jobs in order to make sure that I had a diverse portfolio for when I graduated college. I wanted to set myself up for success with as many options available to me as possible for when I finally graduated. Because of this mentality of volunteering my time and creative skills to as many different campus organizations as possible, I ended up falling short in dedicating time to my studies.

One of the first long-term projects I was participating in was working with the marketing team of a student political campaign group that was running in the student government elections, ASUCR. By the end of my freshman year the campaign group had won the elections and I was offered a historian position the next year for the executive office of the student government president. I happily accepted the role going into my second year of college, however my second year of college was where many of my struggles began.

At this point in my college career I was juggling between a part-time position as a student marketing assistant at the UC Riverside Recreation Center, a Historian position for the Office of the President of ASUCR, all while trying to maintain my grades and have the major responsibility of paying rent in my first off-campus apartment. The amount of stress and anxiety that I was feeling ultimately led to an exponentially decreasing level of mental health that I wasn’t aware I was going through. Not understanding the negative effects of taking on so much responsibility led to me having two consecutive quarters of having a GPA that was below 2.0 and thus putting me on academic probation with the possibility of academic expulsion. Unbeknownst to me, I was undergoing a major depressive episode and ultimately decided to take a quarter off from school to seek professional help.

Even though I was now a quarter behind from my peers, I took the time to really look into myself and self-evaluate how I can avoid this from ever happening again. I realized that even though I knew I was taking on so much work, the output and quality of this work was becoming lackluster at best. I had valued quantity over quality and learned I wasn’t happy with the work I was doing to begin with.

How failure led to where I am today:

I had learned through therapy and self-introspection that I needed to slim down my workload and focus on what I really wanted to do with my career. Even though I am a filmmaker and artist at heart, I only took on the ASUCR position in order to have a marketing side to my video production talents even though my Rec Center job gave me the same, if not better work experience. By focusing on what mattered most to me, I was able to put in more effort into my Rec Center marketing position, a job in which I was valued more and seen as part of a family.

I have previously stated in our “Encouragement from Us” video that the way that I handle my anxiety is by noting down and listing out all of my tasks in order to get a top-down view of what I need to accomplish. There’s also a deep satisfaction of being able to cross out a task and to look back at all of the other accomplished items that needed to be finished. This simple yet effective habit of listing out my tasks removes the anxiety of having all of these to-do’s floating in my head, and instead puts everything on paper for me to complete.

Forming these small yet effective habits is how I’m able to successfully manage and build upon our web shows like The Brew and Acoustic Haven. Being carefully organized and task-oriented allowed me to figure out how to take what used to be our monthly web show and turn it into a weekly live stream show on Twitch. It also allowed me to create and develop a thorough game plan for our video production days when filming Acoustic Haven. I never would have thought I’d be producing these shows and can only imagine what’s to come not only for The Brew and Acoustic Haven, but other work for the future.

What I learned from my failure:

Saying that I learned how to manage my mental health is the easy answer; the true answer is what I learned during this experience.

Part of what gets me so excited for what we are doing on the Brew is being able to share resources for professional and mental health needs in our Ristretto portion of our platform. Ultimately I learned the value of maintaining proper Mental Health and learned how to manage my struggles and how to correct them before they get out of hand. I hope that users of The Brew platform can learn from other people’s struggles and to learn that you aren’t alone in failure.